Can you realistically get faster and improve your sport specific speed during the competitive season for your sport? An interesting study that was published in the Journal of Athletic Enhancement evaluated changes in various performance markers over the 24-week competitive season for a group of adult male lacrosse players. They trained during the season on a periodized strength & conditioning program with the goal of improving performance markers, as opposed to the normal approach of either doing nothing outside the sport practice or going through a maintenance type program. The athletes improved their 20-meter sprint times on average by .1 seconds in season! A competitive HS athlete who is running at full speed will cover approximately 3 feet in a tenth of second. That’s 3 feet of separation in games that are often decided by less than 1 foot. That can be the difference in winning and losing. That is truly significant and should effect the way we set our goals and expectations for what we can accomplish with in-season training.

What are some keys to training in-season in a way that will accomplish the goal of making performance gains, not only in speed, but agility and power as well?

If your team doesn’t provide the above opportunities, then find a place that can keep you sharp with at least a 1x/week workout involving low volume speed, power and strength work designed to keep you improving without crushing you.

The bottom line is that it is all about a change in expectations. You should expect to get faster, gain power, gain confidence, gain skills and ultimately maximize your potential as an athlete not only in the offseason, but during your sport season as well.   Best wishes for a great fall competitive season. 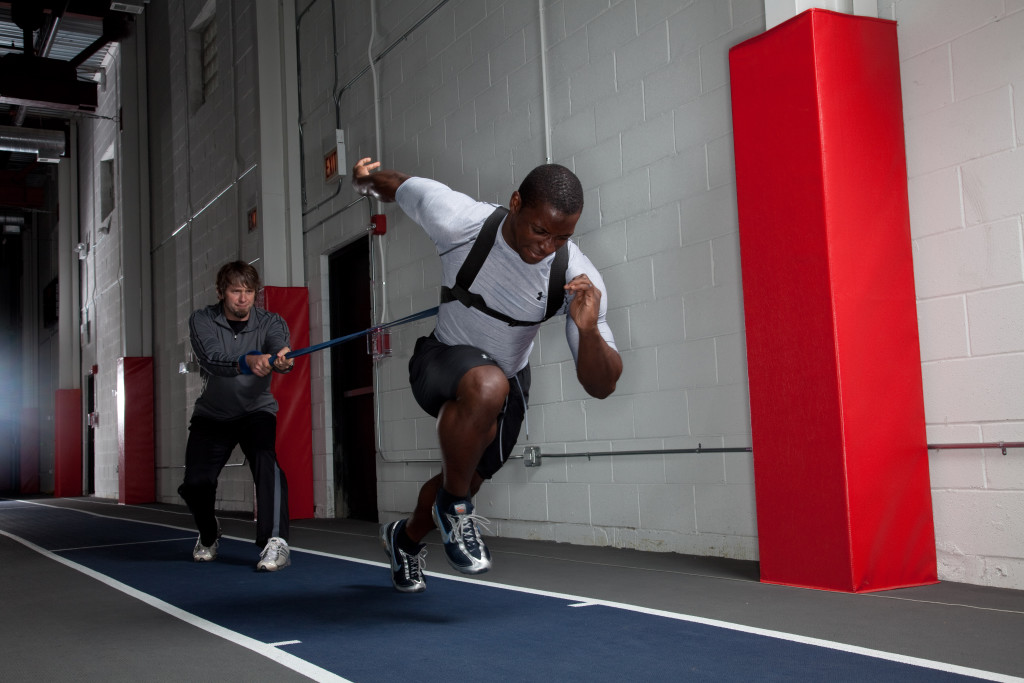