Our team of certified coaches combines extensive athletic experience and strong academic backgrounds to engineer record-breaking results for our clients. Having been trained in the TCBOOST Sports Performance approach of breaking down sports performance and fitness to its core components, our speed coaching staff will take you through a development plan that will maximize your potential in sports and life. Our coaches are trained to place a heavy emphasis on perfecting movement mechanics throughout our training programs. We understand that possessing great mechanics will result in reduced injury and peak performance. Having competed ourselves at the collegiate or professional level, and having coached athletes for the past 15 years, we are uniquely qualified to help you develop the intangible character traits that will lead to success not only in athletics, but in the arena of life. 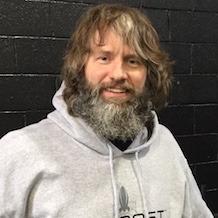 Owner, Founder, and Director of Training

Tommy Christian, Owner and Director of Training, is one of the top sports performance coaches in the country. He started his sports performance career at Northwestern University as the Assistant Director of Strength & Conditioning (2000-2002). His role expanded to take over all the speed development duties for the football program and under his first season in this role, the team saw an average decrease in 40 yd times of .15 seconds. Tommy broke off from NU to begin the process of growing TCBOOST in 2002, although he has continued to aid as a contract coach and consultant for NU football ever since. Over the past 15 years, Tommy has trained more than 600 Division 1 athletes, 150 players for the NFL Draft, 4 NFL Pro-Bowl players and over 40 other professional athletes ranging from the NFL, NBA, MLB, WNBA, and Rugby Union. Tommy is the former starting inside linebacker for the Wildcats under Coach Gary Barnett (1992). During his playing career at Northwestern, he was the top Iron Cat point winner for his combination of speed, strength, explosiveness, and stamina. A Certified Strength and Conditioning Specialist (CSCS) with the National Strength and Conditioning Association (NSCA), Tommy also holds the Etcheberry Certification for Tennis. Pairing an extensive athletic background and coaching experience with a degree in engineering, Tommy has a unique analytical approach to developing performance in athletes of all ages. 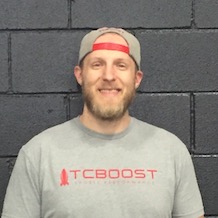 Steve Breitenstein, Director of Coaching, has been with TCBOOST since 2012. Steve is a Certified Strength and Conditioning Specialist (CSCS), an American Council on Exercise Certified Personal Trainer (ACE-CPT), and ASEP Coaching Certifed. Coach Breitenstein played basketball at McHenry County College before transferring to University of Illinois – Chicago and graduated with a BS in Kinesiology. Steve coached high school and AAU basketball for 6 years. He also was a personal trainer and group fitness instructor at the YMCA for 3 1/2 years. The ages of Steve’s clients have ranged from 8 years old all the way up to 84 years old, demonstrating the ability to truly work with people of all ages and levels. Steve also supervises the weightroom at Glenbrook North High School.

Matt Tometz, a Deerfield High School Alumni, played 4 years of baseball at Truman State University in Kirksville, Missouri. During his time there, he pitched in the 2015 NCAA DII College World Series as well as achieved records for Top 3 in Career Appearances, Top 5 for Single Season Appearances (2018), and led his team in both ERA and Appearances in 2018. Matt recently graduated from Texas Christian University with his Master of Kinesiology. During his time there, he served as the Sport Scientist for the Women’s Beach Volleyball and Women’s Tennis Teams. His role there included implementing applied sport science principles managing the training technology and data for the performance staff. Matt has coached at TCBoost since the summer of 2016 as an intern and every summer since then, with his first full year starting Fall 2020. Matt has his Certified Strength and Conditioning Specialist (CSCS), USA Weightlifting Level 1 (USAW), and International Society for the Advancement of Kinanthropmetrics (ISAK) certifications.

Mike joined TCBOOST in January of 2022. Prior to working at TCBOOST, Mike was an Assistant Sports Performance Coach at the University of California, Davis. There, he was responsible for the design and implementation of training programs for Softball, Volleyball, Swim, Field Hockey, Men’s and Women’s Water Polo, Men’s and Women’s Golf, Equestrian, and assisting with Football. Mike arrived in Davis after spending almost two years at Illinois State University as a graduate assistant strength and conditioning coach while he completed his Master’s Degree in Biomechanics. He also spent time as an intern at the University of Texas, University of Notre Dame, and right here at TCBOOST. Mike is a certified Strength and Conditioning Specialist (CSCS), USA Weightlifting Level 1 Coach (USAW), and has been competing in Olympic Weightlifting for nearly ten years.

Vicky has been connected to TCBOOST since 2002 when Tommy began training her daughter, Jesse Adler, who was a highly ranked USTA player. Tommy continued to work with Jesse throughout her playing career at New Trier HS & Dartmouth College. Vicky’s daughter Casey, who was a walk-on lacrosse player at Colgate University, credits TCBOOST for getting her ready to compete at the Division I level. In addition, Vicky’s son Jack Junge, who was an individual IHSA State Champion golfer and two-time State hockey champion goalie at New Trier High School, has trained with TCBOOST and gone on to play college golf at Trinity College (CT) where he finished his freshman year as an All-American. Vicky’s husband Roger is the Director of Racquet Sports at The Ivanhoe Club.

Vicky graduated from Northwestern University with a B.S. in Communication and worked as Commercial Banking Vice President before taking a hiatus to raise her children.

After working for several years at the USTA Nielsen Pro Tennis Tournament in Winnetka, Vicky chose to return to the workforce full time and working at TCBOOST seemed the natural fit.

To sign up or for more information, give us a call at 847-559-2307, or send an email to tcboost@tcboost.com and we will get you scheduled. You can fill out our online waiver here.

Schedule and pay all online. Our process makes it easy for you to start Boosting right away.

Fill out our waiver.